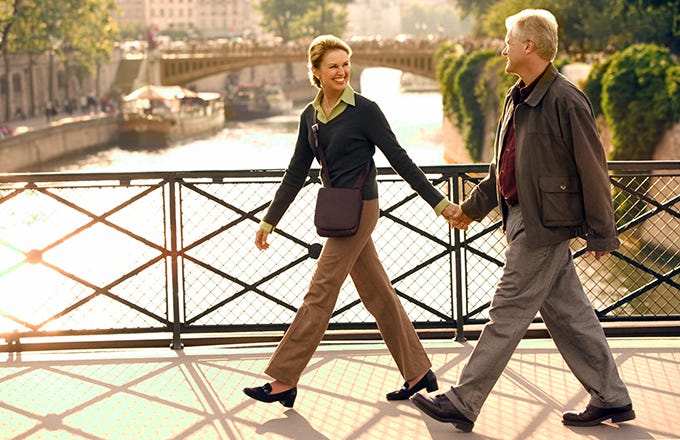 Even if you’re pulling in substantial income from other sources, Social Security can help pad your nest egg and, if invested, increase the assets you leave to your heirs. But maximizing your benefit requires some careful planning, especially if you find yourself in one of the higher tax brackets. Here are some things to consider if you’re contemplating retiring soon.

In general, retirees who depend solely on Social Security benefits don’t have to pay much, if anything, to Uncle Sam. For more affluent recipients, though, the tax hit can be substantial. To determine your tax liability, the IRS uses your “combined income.” To calculate yours, you’ll have to add your adjusted gross income (AGI) along with your nontaxable interest and half of your Social Security benefits.

Figure 1. Depending on one’s combined income, up to 85% of Social Security benefits are taxable at the federal level according to rules for 2017.

There’s a powerful incentive, then, to stay in the lowest income bracket possible. For the most well-off seniors, that’s probably not possible. Still, if you’re close to one of the two thresholds, you have a few options.

One approach is to simply work a little less. Holding on to that part-time job or consulting gig might not make as much sense if it means the government is getting a bigger chunk of your Social Security check.

Another strategy is to manage your investment income to duck into a lower income tier. This is a prime example of why it helps to have two different buckets to draw on, one taxable and the other tax-free. Qualified withdrawals from a Roth account, for example, don’t count as income for tax purposes (although you paid income tax on the initial contributions). So if you can pull funds from one of these accounts, you don’t have to worry about any adverse tax repercussions with respect to your Social Security income.

“One goal I set for clients that are high net worth back when they are accumulating for retirement is to have an equal amount of retirement money in after-tax accounts or tax-free (Roths) and taxable money in qualified plans. Having both allows for better taxation control during retirement years,” says Wes Shannon, CFP®, founder of SJK Financial Planning, LLC, in Hurst, Texas.

Those who haven’t started collecting benefits yet might even consider converting part of their tax-deferred IRAs into a Roth account. You’ll have to pay taxes on the amount you convert, creating some short-term pain. The advantage, however, is that you’ll have less taxable income during your later years and perhaps keep more of your benefit.

Choosing whether to receive Social Security early rather than waiting can be a consequential decision for anyone. (For more, see Filing Early for Social Security: When It Makes Sense.) For high-net-worth individuals, there are a few unique factors to consider.

One is the tax impact. Some experts suggest that wealthy seniors wait until age 70 to start receiving payouts. This gives them a chance to draw down the balance on their tax-deferred accounts. Then when they reach age 70½, they can take smaller required minimum distributions (RMDs). And that helps them stay in a lower tax bracket.

And there are other benefits: Waiting to start cashing your monthly Social Security check means it will get bigger and bigger. From your full retirement age until age 70, benefits increase roughly 8% for each year you delay.

From an actuarial standpoint, there’s another reason to hold off for a larger “base” benefit. The date you start collecting payments should have no effect if you live an average lifespan of 78 years. But well-heeled Americans tend to reach much later ages, providing a good excuse to wait for a bigger check. A 2016 Brookings Institution report found that on average the top 10% of income-earning males live all the way to age 88. The top rung of females reaches 90½. So, barring any major illnesses, there’s certainly an argument to be made for delaying.

“For affluent retirees Social Security is more like longevity insurance than a paycheck replacement. By deferring until age 70 retirees can obtain a higher inflation-adjusted income stream that will last them for their entire life. Statistically, higher net worth translates to greater longevity and a higher Social Security benefit can help offset the risk of running out of assets later in life,” says Eric Dostal, J.D., CFP®, an advisor with Sontag Advisory, LLC, New York, N.Y.

For married couples, the difference between each spouse’s monthly benefits should also factor in. When incomes have been roughly comparable, experts say that the lower earner may want to claim early (or at full retirement age) while the more highly paid spouse waits until age 70. That way, if the higher wage earner dies first, the surviving spouse can collect a benefit equal to as much as 100% of the deceased worker’s larger benefit. (The widow(er) can receive reduced benefits based on the spouse’s record starting at age 60 – age 50 if disabled, depending on when the disability occurred. To get full survivor benefits the widow(er) must be at his/her own full retirement age.)

When one spouse has a benefit more than twice that of his or her partner, the logic changes: The individual who has brought in more income should consider waiting until his or her spouse reaches full retirement age (for those born between 1943 and 1954, that’s 66). In this scenario, the lower earner will likely be collecting a spousal benefit from the get-go, and it will stop increasing at that point.

Other factors also play a role – including the respective ages of each spouse – so it certainly helps to talk about your options with a financial advisor who’s well-versed in the nuances of Social Security. How does my spousal Social Security benefit work? has more details.

For well-off Americans, maximizing your net Social Security benefit requires a strategic approach. A competent financial advisor can help ensure that you take home as much of your monthly check as possible.

Iconic One Theme | Powered by Wordpress